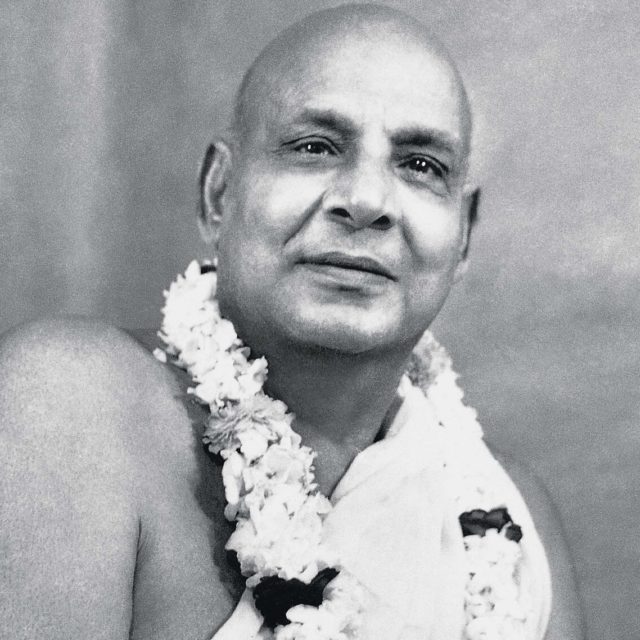 Born in India, his life was a radiant example of service, both as a doctor and later as a world-renowned sage. As a doctor, for many years he served the poor in Malaysia. During this time he became acquainted with the teachings of yoga and Vedanta and it became his innermost desire to follow the path of the sages and to help people, not just their physical bodies as before, but their minds as well. In order to dedicate completely his life to yoga, he renounced the world and spent many months as a penniless, itinerant monk, finding his way to the solitude of the Himalayas. There, Swami Sivananda practised yoga and meditation intensely and attained self-realisation.

In 1932 he started the Sivananda Ashram in Rishikesh and in 1936 the Divine Life Society was born.

Swami Sivananda’s teachings crystallised the basic tenets of all religions, combining all yoga paths into one – The Yoga of Synthesis. This he summed up with, ‘Serve, Love, Give Purify, Meditate, Realise’. His own life was a shining example of the ideal of selfless service, of Karma Yoga. To Swami Sivananda all work was sacred no task was too menial. He searched tirelessly for opportunities to serve and to help others, never postponing what needed to be done.

Swami Sivananda was the author of over 200 books, which spread his message of love and service. He had disciples around the world, belonging to all nationalities, religions and creeds.